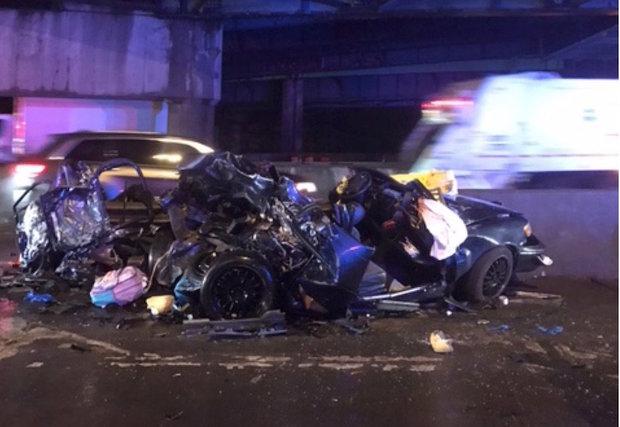 An accident on the George Washington Bridge late Monday night leads to a North Carolina mans arrest. According to the information that has been released, the Defendant a twenty-three (23) year old male from North Carolina, was intoxicated when the truck he was driving rammed into the back of another vehicle. The Defendant fled the scene but was quickly apprehended at a Bergen County rest stop. As a result of the accident, one man was killed and two women were critically injured. The Defendant’s blood alcohol level was determined to be .06%, which since he was driving a truck, was over the .04% threshold. The Defendant was most likely charged with driving while intoxicated, two counts of assault by auto, one count of death by auto and one count of leaving the scene of an accident with injuries. The State could also increase the charges to aggravated manslaughter if the facts are egregious enough.

These are very serious charges, one’s that if not handled properly could land a Defendant behind bars for up to ten (10) years if he is convicted of the death by auto alone. If you have been arrested and charged with a criminal offense in Bergen County, The Law Offices of Jonathan F. Marshall can help. Our office has a tremendous amount of experience representing clients charged with driving while intoxicated, aggravated assault, assault by auto and driving under the influence in towns throughout the County. Our office routinely appears in courts throughout Bergen County including the Fort Lee Municipal Court, the Elmwood Park Municipal Court, the Mahwah Municipal Court, the East Rutherford Municipal Court, the Saddle Brook Municipal Court and the Bergen County Superior Court. If you would like to come into our Hackensack office to have a face to face consultation with Mr. Oliver who heads up that office please contact us at 201.429.9783. We are available 24/7 to help assist in any way possible.